Know Your Squad by Torrie Singletary 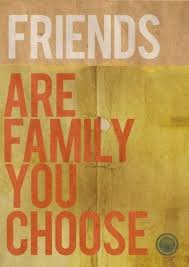 My 15-year-old daughter experienced her first heartbreak this year. She found herself liking this little boy. Let’s call him Mike, and he liked her too. He even asked her to homecoming, but as time went on, he told my baby that she was too shy. When I say she was heartbroken; it’s an understatement! But what threw her in a complete breakdown was that her “friend” was kissing Mike a week later.

I remember receiving her call as she was in the school bathroom balling her eyes out, and I could barely make out what she was saying. She was devastated by what she saw and didn’t understand why Mike and the “friend” would betray her. She just kept saying, I don’t understand why they would do this.
She knows I like him and he knows she’s my friend.

Now, what was I to do or say as a parent? My initial thought was to say, she’s a XXXX and he’s a XXXX, but that’s not Godly! Ok, ok, I did throw some shade in there, but I also said, this is your first heartbreak, there are plenty other guys, and besides, you’re young and have plenty of time for boys. I reminded her that he’s a boy and doesn’t know any better. Most importantly, she doesn’t need to change who she is so that he or any other boys like her. If she’s shy, then that’s exactly how she’s supposed to be. As far as the “friend” was concerned, this wasn’t my daughter’s first incident with her; but, we’ve taught our daughter about forgiveness. While I left it up to her about whether she was going to forgive and move on with her friend, it had me thinking about friendship. 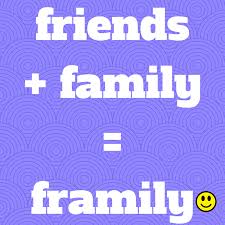 Now take a moment to think, do you know your squad? Are they FRAMILY? If they aren’t FRAMILY, ask yourself, why not? What is it about them and the relationship that doesn’t put them in that category? God wants us to have Godly friendships in that we support, love, and are truthful with one another. Before we can have these friendships, we need to be “friendly” ourselves. We attract what we put out so take a good look at your squad. It’s a reflection of you. Ask yourself, would I want to be my friend? If yes, that’s AWESOME, but if you answer no, then why not? What do you see in yourself that needs to change for the better? Instead of asking God for trivial things, ask for Godly friends and that you too be a Godly friend to someone else. 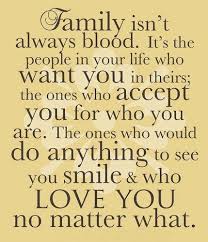 I’m not saying you shouldn’t have associates because we all have those, but really take inventory on those you call your squad. As I told my baby, you will have a ton of associates, but you will have few that you call FRAMILY. FRAMILY is hard to find but when you do, take the time to nurture and care for that relationship because it’s a gift from God.