What Are You Wearing? by Keah Mason 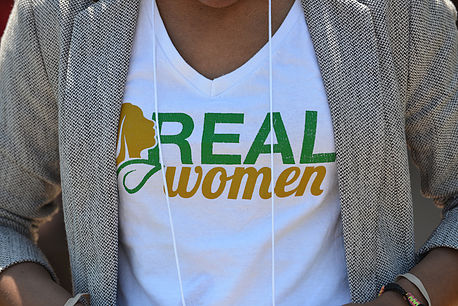 This summer, I began dating a nice guy who I began to like very quickly. Perhaps I was rushing to finally have the boyfriend I’ve always wanted. Although I could tell the attraction and interest was mutual, I felt like something was missing and it was…his effort. Maybe he just wasn’t ready to give his full attention and although I sensed there was something restricting him, I kept pushing. I had his initial interest, and I was determined to keep it. So I pressed and pushed. I called, I texted…a lot, a whole lot. Things were fine when I got the response and feedback I wanted, but when I didn’t get what I was reaching for, I lost it. I lost my mind, my peace, and my faith.

I’ve always had insecurities, but I was really convinced that I had improved through the self-care practices I’d been implementing for the past year. But what I didn’t know was that my insecurities were still there and they were rooted in fear. Because I’ve always been single and hurt too many times to count, I was scared. I still believed in true love and I still wanted it, but I didn’t know that my own behavior was toxic and sabotaging.

I claimed to care about the guy I was dating, and that I was just simply worried about him, but in reality, I was just co-dependent. Yep, I needed him to give me constant and consistent affirmation to reassure me that WE were okay. Every day, I needed to know that he was still interested and he still wanted me.

If he didn’t call or text me right back, or plan for us to spend time together, how was I supposed to know for sure that he was still interested? I needed the verification and I really felt lost without it. And instead of just moving on and letting it go, I pushed harder. I needed him to tell me the truth. I couldn’t trust in what I observed. I needed to hear it from him, and when he didn’t provide that every single day, I panicked.

My panic made me anxious, and my anxiety caused me to behave in a toxic manner. So I wasn’t reaching out just because I cared. I was reaching out because I was dependent on him to fulfill the voids I had in my life. When I finally stooped to the lowest level of being “pressed”, I finally saw myself. At last, I was able to see that I was acting scary, needy, clingy, possessive, desperate, insecure, and co-dependent. All of those elements are rooted in fear because I was afraid that he was going to leave me like everyone else had. But, not even I’m attracted to those qualities.

So now that I could finally acknowledge those traits in myself, I made a decision. I decided I wasn’t going to hate that girl. I understood her and I felt compassion for her. Of course she’s scared. Of course she needs reassurance because she’s been left multiple times by men who didn’t bother to say goodbye or provide any explanation. Of course she panics because she just wants someone to be responsive and attentive. She’s human! So, not pointing fingers or throwing shade at her, but instead, I chose to love her. I looked her right in the eyes and told her that she’s beautiful and that she is in fact loved, right now. For the first time in 35 years, I held her gaze and told her that I loved her.

I didn’t put her down, and I didn’t want her to feel ashamed. I just told her that this is a growth opportunity to live and embrace an abundant life that is no longer bound by fear. Emphasizing that nothing was wrong with her, I just told her it’s time to change her clothes. I reminded her of a quote, “The way you communicate reveals everything about you. Words are the clothes your thoughts wear”. So, I said, let’s put on a new outfit… one that reveals wholeness and trust in God.

She just needed a new look because she wasn’t going to keep dressing herself in shame, fear, rejection, loneliness, brokenness, co-dependence, and hurt. Yes, she felt that way sometimes but why keep putting that on every single day? I told her, God will clothe you in the essence of His character. You don’t have to keep walking around in the same old clothes just because you’ve always had them.

As I expressed my adoration for her, I assured her that she is enough. With understanding, I told her it’s okay for her to trust God to increase her faith in spite of her fears. So while it’s completely natural to be upset, frustrated, and confused by someone else’s actions, it’s imperative that you understand that God is bigger than those feelings. He is the source of your strength and this ideal love that you’re longing for is only going to be found in Him. No other person will ever be able to love unconditionally and perfectly.

So yes, you’re going to have feelings and that’s okay. But while you have feelings and wants, just know that you can trust for it to be provided. God is already providing it. When it doesn’t come in the way you want it to, just know that God has you and you are always okay. That’s what I told her, and guess what? With a heart that still hurts sometimes, she made the decision to walk as if she is loved because she is.

Regardless of someone else’s actions, and in spite of how you feel, what clothes are you going to put on today?